Disclaimer: Any comments I make are purely satirical, totally without foundation, and likely were best wrote before tonight’s festivities, that’s for sure!

No responsibility is taken for the content of any external websites to which links may lead. All links are verified safe with AVG Threat Labs when posted. Some sites linked to may feature advertisements. If ads are problematic you could try Adblock Plus for Chrome or Firefox. Please be aware that some sites depend upon ads to cover their hosting costs.

Options reconsidered by her management led to hotels begining a bidding war for a Vegas residency, because, if Elvis could eat-out Sin City’s crime syndication, Brit-Brit could do similar with fried-chicken!

January also saw Shakira do the done thing and pose her baby bump much to the delight of those with the pregnancy fetishism that bumped into the popular culture mainstream with Demi Moore’s Vanity Fair.

Nicki Minaj’s fued with Mariah Carey flaired up again, with the American Idol judges almost coming to blows over a contestant in January, Nicki slamming “insecure, bitter” Mariah on Twitter in May, before they jumped ship in unison in June as the show hit the ratings rocks.

February saw Beyoncé make up for her inauguration lip-syncing by winning the Super Bowl, but asking for un-flatteringly fierce photos to be pulled.

Not a great year by far for Tulisa Contostavlos with February seeing her get the X Factor axe and, after splitting from Danny Simpson in June, found herself the target of a tabloid sting which netted her supplying cocaine and puzzlingly, false promises by some mystery fakkar of new career in Bollywood!

March saw hacktivism jump the shark with Anonymous hackers leaking documents purporting Emma Watson was in for the Fifty Shades of Grey flick after all!

The flick finally had a release date annouced in July but after rumours of Mila Kunis back in January following on from Alexis Bledel last year, when casting was finally named as Dakota Johnson and Jamie Dornan in September it’s inevitable over-hyped dissapointment protests ensued.

March also saw Amanda Bynes tweet a graphic invitation to her vagina to rapper Drake. Sadly, as many had assumed, Amanda proved to have been most unwell during her Twitter outbursts and thankfully accepted treatment to which she responded well (contactmusic.com).

March saw Kim Kardashian and her rappin’ tailor beau Kanye West capitalising on the gigantic G cups pregnancy had lent her and June had her show off her huge baby bump in bikini days before giving birth.

Certainly not the best of years again for Lindsay Lohan but made much more bearable for us in April when she greeted Florianópolis in Brazil breast-first on arrival.Thankfully, her fashion gig it seems featured little in the way of brassieres.

August saw her bare her ginger juggs in The Canyons to much critical unattention, alas.

May had Gwyneth Paltrow go commando for the Iron Man 3 premiere but things got ugly on Twitter when People crowned her world’s most beautiful woman and the lifestyle goop guru kept on (and on) talking about shaving that 70s bush.

May had Christina Aguilera proudly show off her dramatic weight loss but tell how she’d not lost the love for those curves, and Xtina was red hot for Maxim in September..

June saw Rita Ora and quirky face-pulling Brit top model “wifey” Cara Delevingne fall out over some dirty up-the-bum dancing which delivered Cara to Rita-rival Rihanna who whisked each other away like crazy on a boozy holiday in July in turn leaving Rita tongue to tongue with Iggy Azalea before making up and out again as BFF in October. Awww!

August had Lady Gaga get nude and artpopishly primal for and the “Abramovic Method”, which seemed to cause many other musos to take her act much more seriously than anyone else does.

September then saw Miley Cyrus twerk the VMAs and a wrecking ball was smashed through polite society which she was naked on.

Splitting with Liam Hemsworth and hooking up with her producer Mike Will Made It (quite soar I’m sure) a veritable overture of debauched twerkage, tongue pokage and crotch grabbage ensued repleat with twerking dwarves and face pulling mushrooms. It all proved too much for some though, pursuading many, if not all, of her once eager elder gentleman fans that they didn’t, indeed hadn‘t, really liked her after all and many old tears were shed I’m sure.

In October she finally answed a long asked question: “just how big are those areolas after all?” for saintly Terry Richardson.

Widely eyed to become TIME magazine’s person of the year for causing all that fuss, she was suprising pipped to the post at the last minute by the Egyptian general who ousted former President Mohamed Morsi, Abdel Fattah el-Sisi, who gratefully planned much celebration with his own wrecking balls and a brand new shopping mall with a Harvey Nichols.

October saw Rihanna lick Damien Hirst’s snake for GQ’s 25th anniversary. The serpent finally recovered but has since retired from that scene.

And finally, after much controversy rumouring the contest was rigged, November saw Dai Macedo crowned Miss BumBum Brazil 2013 with her her 42in bunda enorme!

February saw a sex tape leaked of busty Argentinian dancer and comic impressionist Fátima Florez. As you can see, she’s quite big indeed over there.

Featuring much back-door action and that female phenomenon squirting—once known as peeing—much was made of it both up and down and with its authenticity as a leaked sex tape receiving heavy rear pounding, nerves frayed with Farrah accusing Dean of having a small dinkle despite much gaping POV evidence of of the backdoor impact it had on her to the contrary. It bought her new non-porn boobs in June though.

July saw Paulina Rubio thwart a blackmailing paparazzo with images of her pissing into the sea by tweeting the images herself!

January saw sweaty sweat pants a gym area issue for Ashley Greene—either that or she peed herself, your call.

Jennifer Nicole Lee give some full bootage pool slippage in September and her cho cho in October!

November had Iggy Azalea give some oops exposure at the MTV EMAs in Amsterdam.

February saw a giant asteroid give Earth a record-setting close shave on Valentine’s day, predictably jumped on by those claiming 14th February may be humankind’s last hurrah and chance to do it up there.

Anger was roused in February when Banksy’s Poundland mural was ripped from wall and set for auction in Miami further raising a chuckle from him I guess at the furore of a piece of anti-establishment public art being pinched for profit and tax-payers pennies being spent to repair the damage and hold back the disconsolate public art pilgrims at the wailing wall.

October saw the anti-establishment art rascal on a monthlong scrawl on the streets of NYC, bringing riches to any on a street corner he’d done his thing with access to cardboard and an intimidating scowl to cover it and charge for a peek. Most critics just didn’t get it, but someone, okay, his biographer aimed to prove them wrong.

Swedish men were warned in August to keep trunks and a look out for testicle-eating fish found on the loose in Sweden.

May saw feted special effects creator Ray Harryhausen sadly pick up those tired but much loved bones and finally roll wagon for Gwangi.

May then had Angelina Jolie tremendously bravely reveal she had a double mastectomy because of faulty BRCA1 gene in an open letter to the NY Times. #bcaware

May also had the final footage of Diva de la Banda Jenni Rivera broadcast on I Love Jenni. 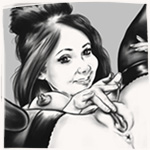 So there you have it, those were my picks of the year. Did I miss anything? If you feel so, please let me know. Wishing you a wonderful start to 2014!