Disclaimer: Any comments I make are purely satirical, totally without foundation, and sincerely expressing my thanks for all visitors and wishing all a happy Near Year.

And, probably doing as much as “fake news” or as little as J.Lo sticking her arse out to twerk for she-of-the-pant-suit-who-must-not-be-named to help elderly, worried and increasing conservative in conspiracy dungarees America long for the return of the big-hair 80s and elect an opportunist greedy fat tycoon in a tangerine syrup to represent them by the end of the year.

The uncensored being found in her Selfish selfies coffee-table book, for which she apparently employs a professional “selfie” photog to take (Latest Picks 26th May 2015)—but, to rain on parade of the Kadie haters, her’s are not the only “orchestrated”, that famous 2014 Oscars Ellen et al. being her work too, apparently.

And, in a year which finally saw her cast off her Disney dues—although tabloid interest seeing remaining potential in keeping reminding with headlines of “Isn’t she grown up!” nature:

With much more to come—but seemingly ever tantalisingly just not enough—before the year was out.

Did May deliver an opportunist grope, old flame still burning, or sly plot by she who gets to decide on which day all wear pink Mean Girls Moriartess to spite her real “Bad Blood” rival?

And Taylor Swift was livid and horrified over Kanye West “Famous” music video .

Indeed, seemingly rather obsessive laying naked next to Swift in fame crowded bed there, but spare a though for RiRi and who’s tangerine rump she was laid next too.

With another “Confident” year, Demi Lovato let her “Body Say”…

And Selena Gomez be cheeky on tour…

Sadly, illness would make her cancel the rest of the tour.

And still fashion’s queen of eyebrows Cara Delevingne got naked for Esquire.

Kim Kardashian West was held at gunpoint in France for her ostentatious ring.

And Emily Ratajkowski was topless in Cancun.

Not quite a wardrobe malfunction as in fact she wasn’t wearing any wardrobe but, thankfully moving on from that fight regardless, January saw…

March saw, as did we all…

Amanda Seyfried got upskirt cheeky with flashed panties and a hint of pussy to boot in photoshoot candids.

Sofia Richie, daughter of Lionel, turned 18 and passed that pop cultural modern right of celebrity passage of slipping a nip…

And Lucy Hale “will not apologise” over leaked images.

And indeed, why bloody should she, unless for some humiliation is a integral part of the thrill when reading or looking for celebrity pictures rather than at shiny rods in Angling Times.

February had Apple take a stand against surveillance and for privacy—as well as customer brand confidence—by refusing to help crack terrorist iPhone.

An issue until they purchased a 120 quid gizmo at a Fone Fun Shop that could do it in six hours, with seemingly not affecting customer confidence suggesting the branding and its social Joneses oneupmanship is indeed the most important thing.

March told what will be happening on the road while you read targeted ads in the back of Google’s driverless car.

Indeed, and at 2mph.

June saw, or rather heard, well, at least Facebook did:

Facebook can hear you, uses people’s phones to listen to what they say.

For the purpose of selling you stuff you didn’t know you ad-revenue needed of course, to keep the internet free.

August saw Apple rebrand its stores as “community hubs with a boutique vibe.”

But while that may give some a warm “community glow” while spending money on the brand in the States, it’s not seemed so popular in Europe and particularly gigantic Asian tiger China—where most of those branded products are made and where some—indeed many, perhaps more than in the States—now have the money to vent their frustration.

Actress and famous for being famous icon Zsa Zsa Gabor… 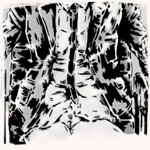 So there you have it, those were my picks of the year. Did I miss anything? If you feel so, please let me know. Wishing you a wonderful start to 2017!