Much tongue pokeage at Women’s Marches in Washington and Los Angeles.

To protest The Orange Don’s inauguration in particular and the alt-ideology of angry chaps on the internet who blame that “feminist agenda” more generally for their inability to leave 4Chan and the house with aim of interesting a girlfriend.

A polarising issue for sure, but while the concerned—or at least bemused—got feminine tongue, for the angry chaps reading many Nietzsche quotes that helped elect him there was—as doubtless anyone not swimming in the Mississippi River branch of De Nile in conspiracy dungarees could have said—there was only this:

Much made between Selena Gomez and Model.com’s Insta-girl fashion Model of the Year 2016 Bella Hadid with regards who was doing what with The Weeknd.

But sadly, it was The Weeknd that broke up amicably with SelGo by October, leaving all looking for how it was Bieber’s fault as it invariably is, with her rekindling that perpetually relationship on-off-on-off-again come December, much to the disgust of her family with regards SelGo’s spell in rehab they hold him responsible for, her parents being her former managers ’n’ all, which she fired back in 2014.

A contractual dispute having delayed a new album and tour from the 26-year-old petite popstrel in perpetuum for ten years.

The most conspicuous and indeed somewhat curious part of a collection “dropped” as exemplar of what Kendall and Kylie do or would actually wear—with no monkey’s uncle involved in picking—were the fancy flared, hight-waisted drawstring style pants in sack cloth beige or banana yellow seemingly held up with a Miller’s knot.

Beyoncé and Jay Z’s cultural and music powerhouse baby bumpage took aim to “Break the Internet” or at least easily cracked social media, with her getting her fertile goddess on for acolytes at the Grammy Awards a fortnight later—with levitating chair!

Which also gave springing out from under bridge interaction opportunity on social media for body shaming trolls who had not looked in a full-body mirror for some time.

Playboy bring back the plastic and Photoshopped nudity between its cover.

But sadly, September would see what must surely be the last sticky page turned.

The start of a cavalcade of leaked nude pictures and videos of the famous sometimes in flagrante delicto but more often dressing up for stylist who’s account it was that has been expertly phished or not quite so adept advantage taking of a password recovery security elephant in the room or rather cloud, that became known as the Fappening 2 (or 4, or 7 depending upon what new leaked nudie counts as a version upgrade or not).

But moving on to the often not quite so famous except to those with encyclopedic knowledge of theatrical wrestlin’ divas in April.

Bella Thorne gave long awaited peak of those puffy cherries on her over-sized pale scones, which from that point on became a seemingly twice weekly social share.

And on the Instagram Live service no less, suggesting the previously overactive Instagram Nipple Checker Bot had had a day off or was just served a new algorithm in realisation that seriously, it’s not puppies in cups Gen Z—or “becomers” to Disney’s Freeform—are tempted to sit through adverts to see.

A trickle become a dam busting flood as Fappening 4.0 or 2.1—depending on software versioning convention that / on 4Chan or dom on particular SubReddit choose to use—fappened.

Fappening 4.0 or 2.1? Miley Cyrus, Suki Waterhouse and many, many more pictures leak.

Kardashian Korps doyenne Kim Kardashian West was teased by elder sis Kourtney and bad-bedunk shamed by everyone else and their social media alt-honey badger.

Doubtless resulting in that legitimised indignation interaction while on social media of their choice taking heed with them as obviously being in need of targeted ads for hemorrhoid cream.

And, further blurring the nu-social media line between acting and pornified Reality TV, Bella Thorne got her bush waxed and a facial.

And, tragically the suicide bomber explosion after Ariana Grande’s concert in Manchester.

Fappening: Sarah Hyland pictures and videos leak, and indeed with a #MAGA message for “All fart” to “believe what you want” as puzzling as Orange Don’s “covfefe” which most assumed was his pet name that orange syrup.

Taylor Swift won her court case against Denver radio DJ who “grabbed my ass underneath my skirt”, court award her symbolic $1.

Which is why she was included in the collective “the Silence Breakers” awarded Time magazine’s Person of the Year in December, her “boney buns” being grabbed by a Denver DJ seemingly either not #MeToo enough for some or simply forgotten four months later.

And, to bring back some A-list to an ever increasing swirl of wrestlin’ divas, ladies of tennis, and Russian DJs: Fappening—Kristen Stewart, Stella Maxwell lawyer up in nude photo hack.

Indeed, with Stella Maxwell’s fem friend at the time Miley Cyrus taking a selection of pantless outdoor “leaks” for her while which ended up on presumably one of their phones.

We learnt that Selena Gomez had a kidney transplant with her friend and fellow actress Francia Raisa donated.

“Weinstein scandal” before becoming the “Hollywood sexual harassment scandal” getting a Wikipedia entry for a phenomenon known as the “Weinstein effect”.

And what a slanging match it was for all in need of an opinion soapbox, whatever your ideology, angry agenda, or with whom your grievance, while, despite many losing their halo along with Netlix show and prestigious association, likely any justice for those admitting #MeToo will be more unfortunate act of retroactive “justice” continuity in any ever expanding franchise you care to mention than anything else.

Filmaker and progenitor of the zombie apocalypse George A. Romero.

American singer hailed as the future of emo Lil Peep.

And many, many more I missed or did not feature. 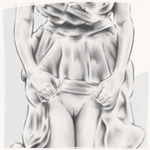 So there you have it, those were my picks of the year. Wishing you a wonderful start to 2018!