And with Sony dropping him as music found it was having its #MeToo moment with #MuteRKelly protests and other artists “apologising” for working with him.

February would see the infamous and curiously much parodied urination sex tape allegedly with an underage girl surface again with prosecutors keen to pursue having been found not guilty all all charges due to a technically in the 2008 trial leading to him handing himself in for arrest with bail set at $1m.

Kylie Jenner dethroned as most liked picture Insta-queen by a “world record egg” which would become known as Eugine.

Which after the Super Bowl in February we learned was work of an ad man seemingly in his spare time to bring attention to mental health problems social media can create.

March would see Kylie don another Insta-crown as youngest self made billionaire.

February saw the Duchess of Sussex Meghan Markle write “You are loved” messages of support for sex workers on bananas.

And a seeming falling out between the Duchess of Sussex and Duchess of Cambridge Kate Middleton leaving those writing itinerary doing their level best to follow separate courses lest princely hubbies Ginger Hazza and Wombat Wills be forced to duel with corkscrew and letter opener.

But any royal brotherly embarrassment would be eclipsed in August by Brenda’s favourite son Andrew’s royal duties being finally curtailed to not include any meeting with anyone with money or vices.

And after the collapse of his marriage in January, saw Amazon boss Jeff Bezos say the National Enquirer is blackmailing him with nude photos of himself and girlfriend former entertainment TV host Lauren Sánchez.

Of course, as with her looks and body modification, opinion regarding her merit and capacity of her fortune being truly “self-made” inevitably remained presupposition regardless of anything she or any one else said:

Leading to Fidiotbook’s nawty Zuck—still somewhat shamed from last years Cambridge Analytica scandal that saw him hauled before congress that for allowing Russian troll factories via 4chan to get Orange Don elected as a first step towards the inevitable election of Mr. Magoo to make America great again—calling for stronger regulation of the internet passing the buck back to those with bureaucratic red tape to tie themselves up in rather than admitting his platform or all-eyes-on-the-ad-revenue practices were at fault, while Twitter’s fecal bearded CEO Jack Dorsey ruled that world leaders such as Orange Don that regularly violate Twitter rules by possibly inciting such will get a warning rather than be banned with their opinion being “newsworthy” and emblematic of his platform’s toxicity.

The wake of the Leaving Neverland documentary resulted in a rush to hospital and a temporary 5150 hold, California law code for an involuntary psychiatric hospitalisation, for Paris Jackson for substance abuse and seeming suicide attempt.

While the Girl Power juggernaut prepared for another “final tour”, 12 years after the last one, Spice Girl Mel B confessed she had sex with Geri Horner (née Halliwell).

Leading to anger from new posh one Geri now married to Team Principal of the Red Bull Racing Formula One team, Christian Horner OBE, and ill feeling from the other girls as in part at least the reunion was to help Mel B financially following her expensive divorce from abusive husband Stephen Belafonte.

And Britney Spears’ meds had triggered a month long stay at a mental health facility after her fathers near-death medical emergency.

Although on release she joined the #FreeBritney movement calling for more than #FreedBritneyNipple resulting in dad having to relinquish his powers of conservatorship after after alleged altercation with her son.

May saw Madge, at 60 years-of-age, give a controversial eye-patch wearing Eurovision Song Contest performance hosted in Tel Aviv, Israel, being last years winners, with the inclusion of Israeli and Palestinian flags on the backs of two of her dancers walking hand in hand and hugging.

Taylor Swift’s Pride-themed single “You Need To Calm Down” caused an influx of GLAAD donations.

Having name dropped the LGBTQ advocacy group in its lyrics and herself given a sizable donation along with a handwritten note very likely on pink paper as a way of honoring Pride Month and rallying against the “slate of hate” which resulting in her making a very pubic petition of Tennessee legislature regards LGBTQ rights.

But along with the video featuring an awkward forgiveness meetup with old rival Katy Perry, some still ascribing to Taylor-is-manipulative memes suggesting it was Pride Month commodification accompanying the revenge-filled Reputation snake-to-rainbow-coloured-butterfly transformation seen in April’s pastel-coloured “Me” with Panic! at the Disco’s Brendon Urie for her Lover album released in August.

Disney alum and increasingly merchandising entrepreneur Bella Thorne had to self-leak topless shots from her phone to thwart a hacker, telling all it had somewhat spoilt her celebration of the release of her new angsty Wannabe Mogul: Mental Disarray poetry collection book and prompting her to vow she’d write about it in the next. But the “take the power back” empowerment story was one that some felt they had heard before after suggesting she would indeed write about in her next book—

And Nxivm guru Keith Raniere was found guilty of all counts including racketeering, forced labor conspiracy, and sex trafficking at trial.

The female mentorship empowerment and self-help workshops actually being something of a Gorean slaves and masters pyramid, with Smallville actress Alison Mack being high enough up to be the master of an exclusive inner-group termed DOS or “The Vow” with came up with branding his initials on slaves rather than something tacky and simple like a tattoo for those pledging their unquestioning devotion to the “Grandmaster”.

July saw Taylor Swift accuse record executive and manager Scooter Braun of “manipulative bullying” when, as she termed the “worst case scenario”, the rascal surreptitiously bought out her musical back catalog.

As with all the many cases of TayTay Bad Blood other stars choose their sides which carried over to her receiving the Artist of the Decade Award at the American Music Awards in November when she claimed Braun and co were preventing her from playing her old hits and Billboard’s first-ever Woman of the Decade award in December where, “As your resident loud person” she ominously warned of a “new shift” that was a “potentially harmful force in our industry”.

And indeed selling out and having to have more baths or at least have more taps running than she could almost handle, but with social media being what it is her Instagram account was removed after being reported within the month for “nudity or pornography” by a Redditor presumably seeking some attention himself in the alt-right incel Manosphere.

And it was decided in court that Katy Perry had copied “Dark Horse” from Christian rapper Flame leaving her and her team with a bill for $2.78 million.

August saw the Victoria’s Secret Fashion Show cancelled for first time in 23 years, with the lingerie brand having come under fire for its lack of diversity and promoting an unhealthy body image and with the broadcast’s ratings sinking to an all-time low last year.

Prince Andrew’s friendship with Jeffrey Epstein in harsh spotlight after the disgraced financier and convicted sex offender committed suicide in prison with his 17-year-old at the time sex slave Virginia Giuffre revealing the Duke of York had enjoyed licking her feet in the bath and calling for him to “comes clean about it”.

A “car crash” interview with the Beeb in late November had businesses, charities and the arts distance them self from his patronage and after a meeting with the Queen and Charles, the Prince of Wales, had the duke step back from his royal duties for the “foreseeable future”.

September saw the Merriam-Webster dictionary add “they” as nonbinary pronoun as used by those identifying as nonbinary and seeking gender neutrality, somewhat riling polite Piers Morgan, Sir Alan Sugar and right-wing middle aged salty gammon suspicious of “they“ trying to pass them self off as two-in-one to get a post-Brexit rationing double helping and fearful of their sovereignty being they-handled.

With Lovatics calling for all to give the girl a break having nearly died of an overdose just a year ago, but somewhat dispelling for some the ennui of seemingly weekly leaked piccies of D-list reality TV stars, social media personalities and Romanian tennis and ping pong players trawled through media recovery exploits, although June had seen Bella Thorne post topless pics thwarting a hacker threatening to post them and Iggy Azalea responded to her nude pictures taken from a photoshoot leaking online with an emotional statement which, having seemingly destroyed her own career with injudicious statements, most chose not to care.

And McAfee name Caroline Flack “most dangerous celeb to search online“ in the UK.

And by December it was shown the danger is not just virtual with Inspector Knacker being called the Love Island presenter’s home after smashing a lamp over the head of her tennis player and model toyboy boyfriend Lewis Burton while he slept after reading texts presumably regards “advantage and groundstroke” from a 60-year-old “tennis client” and seemingly suspecting either an affair or that other services were on offer resulting in her having to step down as presenter of the dating reality show and having a six-figure advertising deal with Polaroid put on hold.

One of the most prolific and admired fashion designers of modern times Karl Lagerfeld.

John Singleton, the first African American nominated for an Academy Award for Best Director for Boyz n the Hood.

Freddie Star, comic, singer and impressionist in the 70 and 80s of “Freddie Star Ate My Hamster” infamy, a headline later voted the most memorable headline of the 20th century.

And on the same day…

Co-founder of the supergroup Cream and archetype of the volatile rock drummer Ginger Baker.

Although of course there are many, many more that were not selected as Picks that will be missed just as much with there simply not enough time to include no matter how much I may have wished. 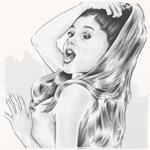 So there you have it, those were my picks of the year. Did I miss anything? If you feel so, please let me know. Wishing you a wonderful start to 2020!