The start of the year saw GoogleTube in hot water over social media influencers and with what they were trying to influence.

With wunderkind Logan Paul losing his ad platform after making a joke discovering a dead body in a Japan’s “suicide forest” and other troubling stunts.

And with the fuss not going away while answering with the “we take this very seriously” answer with the end not buried in the sand which has always worked worked before—something which would indeed define this year.

Others guilty of montising “heinous pranks” suffered the same fate as tabloids brought troubling channel after channel to public attention—well the part of public that wasn’t already part of their vast subscription numbers, with the question of why post such being answered by vloggers as being what the secret GoogleTube algorithm favoured. Oh dear.

Alas, this would come to a head in April when one troubled vlogger no longer eligible for monetization took matters into her own hands with a firearm at GoogleTube HQ (Latest Picks 4th April 2018).

Logan Paul himself though was able to salvage his celebrity by the end of the year with a much-hyped boxing match with another GoogleTube influencer (bbc.co.uk, Oct. 2018), resulting in a draw and of course a potentially profitable rematch.

Google would also find itself and its GoogleTube ads platform used by the unscrupulous with mining malware to try and establish a trustworthy decentralised digital future of currency:

But with it seeming everybody from bankers to roadsweepers keen to invest in what was termed a speculative bubble if not an outright scam Facebook soon banned ads for such and the bottom of the purse would begin to drop out for Bitcoin, Ethereum, Litecoin, Titcoin, Jesuscoin and Putincoin by the end of the year, although Twitter’s bearded CEO hipster Jack Dorsey would still have time to pimp it as the future despite Congress telling him he had more important things to do later in the year (Latest Picks 6th Sept. 2018).

This year and that previous had already seen questions raised over Silicon Valley’s social media behemoths priorities with regards of what was posted and purchased as ads and on who’s behalf.

But in March the virtual brown really hit the fan after a pink-haired data mining whistleblower who had developed and handled tools that populists had used to their advantage who found conscience somewhat late joined up the analytic dots for a parliamentary committee investigating fake news:

Pressure mounts on Cambridge Analytica and Facebook over data scandal.

The data mining and data analysis service founded by now ex White House Chief “Honey badger don’t give a shit” Strategist Steven Bannon and American hedge-fund manager and Trump supporter Robert Mercer taking advantage of flaws in Facebook’s API and Login with Facebook option for just about everything else to target and harvest the data of 87m Facebook profiles. Golly!

The scandal would see rise a #deletefacebook campaign before viral skateboarding cat, breakdancing math teacher and sext from other middle-aged F’booker distracted.

And nawty boy Zuck had to pout lip before US Congress and the European parliament to avoid legislation and having given the peeved UK parliamentary committee that had raised the scandal an apathetic rain check (Latest Picks 20th May 2018) received a half a million quid fine from the UK’s Information Commissioner’s Office (ICO)—the maximum the watchdog could impose—which he paid out of the small change in his ad revenue pants pocket. However, by July F’book shares suffered a record fall losing £91bn (Latest Picks 26th Jul. 2018), a drop of 18 percent in value.

October would see Zuck woo former UK coalition government Lib Dem leader and now “Sir” Peg-Leg Clegg into bent over position of vice-president of global affairs (Latest Picks 19th Oct. 2018) being given “Real authority” to do FA while his connections seemingly make him inside man in a Europe threatening to limit their advertising with users as their product potential and November would see peeved UK parliamentary committee send in the heavies to get data for an international grand committee only to embarrassingly have Zuck duck again.

A case in which we learned that Mack had tried to recruit Emma Watson to the “famale mentorship” workshops and that “self-health guru” founder Keith Raniere had a sexual prefer women with a lot of pubic hair.

America’s disgraced dad Bill Cosby finally found guilty of sexual assault after years of accusations and was sentenced to 10 years in State Prison.

Despite angering fans with ticket prices and dodgy merchandise offers to ensure getting a ticket(Dec. 2017) a huge success marking the peak of her career and partnering with Netflix for a much publicised New Years Eve concert special confirming her as “one of the All-time greats (rollingstone.com).

Disgraced movie mogul Harvey Weinstein surrender to police and the buildup to a court trial begin.

Seemingly putting the “I’m not racist” un-cuckservative feet of many Trump supporters into boots that do indeed fit no matter how much she tried to pin it on sedative taking “Ambien tweeting”.

June saw the European Union overreact and potentially punish every European citizen rather than just Facebook and Google as intended:

Leaving the GoogleTube community in fear of the death of the meme while simultaneously giving them opportunity to rant and much use them.

Although temporarily blocked in early July it was finally approved in September for Parliament to then actually decide how they could implement it without potentially losing Web 2.0 baby down virtual plughole with bathwater.

But making a recovery and leaving hospital for rehab by August, and splitting time between a halfway house and home by November at least for the rest of the year.

But soon followed by Amazon, but only briefly (cnbc.com, Sept. 2018) but still leaving CEO Jeff Bezos as the richest person in the world, having added more money to his fortune in 2018 than any other billionaire (businessinsider.com).

Leading to her getting the tin tack from X Factor Italia and RL unfriending with Citizen Rose McGowan and threats to sue after not only pushing her under the #MeToo bus when she “misunderstood the messages that Asia exchanged with my partner Rain Dove” which labelled her a pedophile. Crumbs! But probably not in that bed.

And that she started that feud with Cheryl because she had yet to achieve an orgasm. Oh my!

And, having gotten into a scuffle with one another at New York Fashion Week party:

Cardi B and Nicki Minaj fight at the Plaza Hotel; a shoe thrown, a black eye and a giant bump on the head.

Indeed, seemingly feuding business as usual for both but with taking a side mandatory, dragging all in to share in slung shade and hate (Latest Picks 16th Nov. 2018).

And preceding to show see-thru fashion #FreedNipple for the rest of the year.

A big title indeed, but very official, making her Barbadian Ambassador at-Large fully authorized to represent the government in diplomatic dealings in or out of Savage X Fenty panties.

Banksy’s ‘The Girl With Balloon’ artwork shreds itself the moment sold at auction.

But depending on perspective of the anti-art activist street artist’s motives backfiring somewhat with the event instantly adored by the art establishment with the now retitled “Love is in the Bin” partially shredded print in a frame doubled in value.

November saw the breakup of the internet’s favourite couple and cancelling of wedding, after less than sex months.

With Miller dying in an overdose two months earlier (Latest Picks 7th Sept. 2018) and fans of all three blaming each of the others in the toxic avenger soup that is Twitter. Both began covering up multiple engaging tattoos and Pete getting his $100k engagement ring back with Piggy Smallz, their adopted teacup pig, getting to live with Ariana.

Dolores O’Riordan, singer with The Cranberries.

Trevor Baylis, inventor of the wind-up radio that helped millions in the developing world to access life-saving information.

And on the same day:

Acclaimed theoretical physicist Stephen Hawking, with sadly on the same day the much loved host of Bullseye Jim Bowen.

Bonfire of the Vanities and The Right Stuff author and satirist Tom Wolfe.

Patriarch and manager of the Jackson’s Joe Jackson.

“The queen of soul” Aretha Franklin.

The much loved TV art historian who lived in a caravan without a TV, Sister Wendy Beckett.

Although of course there are many, many more that were not selected as Picks that will be missed just as much. 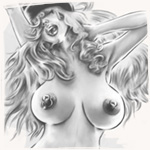 So there you have it, those were my picks of the year. Did I miss anything? If you feel so, please let me know. Wishing you a wonderful start to 2019!