Disclaimer: Any comments I make are purely satirical, totally without foundation, and hopefully wrote as quickly as pos before any #FreeTheNewYearsNippleage occurs.

That pretty much defined Brit-Brit’s year, as well as lining some pockets and purses with talk of retirement after.

Michelle Rodriguez drunkenly got it on with all-the-rage and, by it’s end, Model of the Year, fashion’s queen of eyebrows Cara Delevingne at a NY Knicks game.

With much tongue-poking and O-face-making capturing much attention in some quarters.

For sure! I’ll be back in a moment.

Confirming they were indeed dating in February it was sadly not to last, but there was to be some fun along the way, for it was however very much going to be the model minx’s year.

Former gossip girl Taylor Momsen got Pretty Reckless baring her bottom on the bands Going To Hell album cover with black cross front and back pointing south of heaven.

Shakira and Rihanna had a bum-banging contest in “Can’t Remember To Forget You”.

Having pretty much bared it all on a Wrecking Ball at the end of the last, this year was all about a closer look for Miley Cyrus, who shared her pillows with W…

And with Vogue Germany straight after.

Having certainly been last years most talked about person, she started to lose ground, with perhaps some of her fickle old fans at least. This year was seemingly all about finding and giving that closer look at her “inner Miley”, which indeed still turned out to be still poking out that tongue in a sweet leaf emblazoned Hungry Hippos onesie.

And then, sliding down a giant replica of her tongue a lot of bent over twerking ensued with a host of characters that really should not be following you after you left the fairground…

She kicked off her Bangerz tour in Vancouver.

After a Twitter backlash, March saw Lily Allen claim her “feminism shouldn’t even be a thing anymore” comments were misquoted and misinterpreted.

Beyond the few who live to get rough and ready in their 140-character limit, no one really noticed, rather just waiting for something feminine to pop out, which it did with gusto in July.

April saw Miley Cyrus show her equestrianism mounting a horse—albeit a sculptured one—with her titties out.

Lesbian lovers Michelle Rodriguez and a topless Cara Delevingne were on a Mexican getaway.

Yep, for sure, I know, both Michelle and Cara are bisexual, but it was either “lesbian lovers” or “bisexual babes”—you get the point and so did Google; I actually prefered to suggest that they were fabricación de tortillas (pelangoche
.blogspot.mx) but that euphemism seemed not to roll off the tongue for some, and she threw a chancla (mexicoguru.com) at me.

Lindsay Lohan got her new reality TV show, Lindsay on Own, which went something like that.

Despite not getting the Avengers: Age of Ultron part she was interested in, it was certainly a slightly better year for LiLo, picking up towards its end with her shift to London and West End stage debut.

Rihanna got nude for Lui!

Which would cause all hell to break lose, globally #FreeNipples and create a rich vein for comedienne Chelsea Handler to dig after Instagram took down a pic of RiRi’s bum from the shoot in May.

It was certainly pop’s new Everything girl Ariana Grande’s year this year.

May saw the petite popstrel getting her Wango Tango on in a two tone PVC crop top and mini skirt and those signature knee-high boots.

Part protest, part no protest at all, June saw Rihanna’s sheer see-thru gown #FreeTheNipples and just about everything else at the 2014 CFDA Fashion Awards.

For sure, #FreeTheNipple dominated 2014’s internet campaign trail with many celebs getting involved to promote chest bearing equality.

But that many did so after a rebuke from Instagram’s Automated Bare Ass & Nipple Checker bot suggested that simply not reading the TOS, or thinking it didn’t apply to them may have been a factor.

It also demonstrated mileage for many, who now had a meme to pin on topless social media snaps they would have posted anyway—if not on new queen of social media, Instagram, then on good ol’ Twitter, which has never really had any issue with bare bits.

As the #FreeTheNipple (freethenipple.com) arthouse documentary film is about to be released there is also some murmuring that the whole thing was nothing but a giant PR stunt to promote said nipple freeing documentary. Indeed, Entertainment Tonight interviewed Lina Esco, the actress behind the campaign movement and she sheepishly confessed that the movie/documentary idea pokied first and then the movement.

Leading up to her booty bouncing partnership with J-Lo in August.

Jennifer Lopez gave a bootyful free concert in her hometown, the Bronx, which pretty much worked out as a rehersal for what would be that “Booty” thumper-bumper later in August with Iggy.

She also raised spirits and things performing with Pitbull and Claudia Leitte at the FIFA World Cup opening ceremony in Brazil.

Admittedly, appalling sound quality should have got someone a red card.

Reportedly the 21-year-old bushy browed model minx was the one to call off the relationship because things were getting too serious too quickly but rumours abounded of issues with continued partying dalliances with other female friends, including Suki Waterhouse, Sienna Miller, Rihanna and former “wifey” Rita Ora.

Cara continued to pull faces, poke tongue and bite ass with a whole host including Selena Gomez while Michelle ended up with Zac Efron for a time at least.

A difficult start to the year for Selena Gomez had seen her dodge rehab rumours and fallings out with the Jenner siblings at Coachella—over Justin Beiber of course.

And, celebrating her 22nd birthday in St. Tropez, made good friends with once again single notorious bisexual befriender Cara Delevingne.

In what had been a broad in the beam year so far for Kim Kardashian West, we discovered that two guys actually got paid to rub sand on her badunkadunk for that photoshoot in Thailand.

Kim Kardashian West’s badunkadunk bagged her GQ’s Woman of the Year 2014. Her dapper rapper tailor beau Kanye vowed to design leather tracksuit bottoms for it which would dare not rip (dailymail.co.uk, Oct. 2013).

Keira Knightley got her itty bitties out for for Interview…

And Miley Cyrus got her puppies out for V.

And Instagram’s Automated Bare Ass Checker bot too it seems, which did not escape comedienne Chelsea Handler, likely because she welcomed the opportunity to compare her bits which she has the right to bare with anyone other than Vladimir “mine are big in Crimea” Putin’s.

With the mighty fuss her big bare bum caused some may have thought some looked on purpose instead of it and that champaign glass landing and balancing Photoshop precariously in their lap while reading a copy of The Fortean Times on the karzi.

Pop’s new Everything girl Ariana Grande won seeming universal praise for her leg-kicking performance at the AMAs, but got gummed by Bette Midler.

“Midler made headlines on Tuesday when she discussed the pornification of the pop industry in a new interview with the British newspaper, citing Ariana Grande as one of the many women who, she claims, use their music to promote sex.”

Seriously, was it really any other way? I guess Marlene Dietrich was just flogging feather boas.

March saw lingerie selfies of Jennette McCurdy fall out of somewhere. What would Cat say!

April saw those purportedly leaked cell phone pictures of Demi Lovato for sale finally start to arrive, but still could not find a publisher willing to be sued…

September saw by far the biggest story of the year which was to become known as “The Fappening”.

How that massive celebrity hack “The Fappening” might have happened.

“The leak of personal photos of more than 100 female celebrities, nude and otherwise, has tech observers questioning and debating potential vulnerabilities in Apple’s iCloud.”

With suprisingly no one voicing it may have been an inside job as appeared to be the case with the third-party co. invoved in the SnapChat “Snapperning” soon after.

Jennifer Lawarence, Kate Upton, Rihanna, Kim Kardashian West, Victoria Justice, Avril Lavigne and lots, lots more—including the most endearing Vanessa Hudgens, caught out once again, and revealing to all that she had got rid of that prodigious bush.

Certainly, the most interesting thing for the observer not admitting to have looked at J-Law’s jigglings was that this scandal highlighted a sea-change in reaction to leaked snaps, with a moral imperative thrust onto the shoulders of the viewer—not just the hacker or those uploading—in a way that has not occurred with the countless snaps and sex tapes in the past, ensuring a backlash as well as legal threats to sites that hosted.

Upon finally coerced into pulling down its page as much as anything else, Reddit, the initial source for many, explained:

“The website issued an explanation for its decision to pull down the ‘subreddit’ page, in a post titled ‘Every Man Is Responsible For His Own Soul.’”

And had Jennifer Lawrence give outstanding fashion show sideboob.

For sure, a lot more was a-fappening from J-Law before the year was out.

And Charli XCX was kinda cheeky in a cheerleader costume Jingling Balls in Tampa.

January saw Mikhail Kalashnikov, inventor of the AK47, the world’s most “popular” weapon lay down the lead aged 94, leaving many to debate the man and the legacy of his weapon, an invention he wished had been a lawnmower.

And so factions went to the mattresses as the personal feuds within the world’s largest and most powerful trafficking organization were revealed.

Yep, and they probably had a jolly good laugh at you doing that too.

Accountants for the fantasy-rooted Tokyo-based Mt Gox exchange are still looking for for thirteen dwarves and a hobbit.

Instead they had to settle for the “Chocolate King” Petro Poroshenko. Vader’s application for Mayor and parliament were also refused and he was last reported to be considering standing for Ukip.

Daredevil naturalist allowed himself to be swallowed alive by an anaconda for Discovery Channel.

Yep, how did that go down?

#YaMeCanse. You’re fed up? Mexico is Fed Up.

“After opening the floor up to questions [on the abduction and apparent massacre of 43 trainee teachers by corrupt police in league with drug gang members] from the reporters and taking little over 15 minutes of questions, as the moderator was about to move on to another question, the Attorney General interrupted and said ‘Muchas Gracias. Ya me Canse’, which translates to ‘Thank you. I am Tired’ but can be better interpreted as ‘Thank you. I am fed up’.” 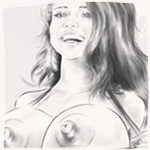 So there you have it, those were my picks of the year. Did I miss anything? If you feel so, please let me know. Wishing you a wonderful start to 2015!